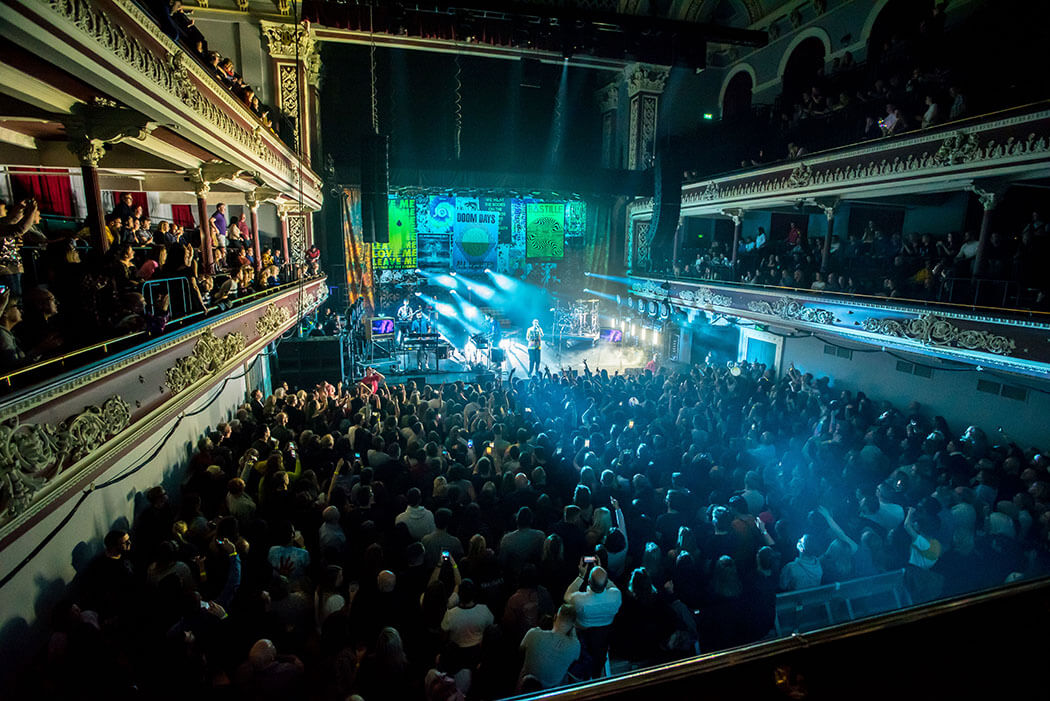 25 members and friends of the Wakeylele Band travelled to St George’s Hall Bradford to enjoy the splendid Ukulele Orchestra of Great Britain performance on 11th November 2021.

Some concert highlights, though everything was special, were Hawkwind’s ‘Silver Machine’, ‘Leaning on a Lamppost’ in the style of a Russian Balalaika Folk Song, ZZ Tops ‘Gimme all your Loving’ and Kate Bush’s ‘Wuthering Heights’ which band leader George Hinchcliffe, who is from Leeds, gleefully claimed to have been written specially for Yorkshire, though one southern member of the orchestra disagreed.

Thanks to David Broadbent’s letter, handed in on the night, the Wakeylele’s got 3 mentions during the concert; the first one greeted with a loud cheer from all of us. One of the orchestra members was heard saying “is that Wako leles (Texas).

The entertainment wasn’t just provided by the orchestra. Our coach driver got in on the act. Many backseat drivers were saying he was heading in the wrong direction to start with. He stopped the coach on the way to Crofton. Was he going to turn round or just consulting his sat nav.? He pressed on, but ‘grounded” the back of the bus twice in Crofton, though that might have been because of the heavyweights on the back few rows. Then he took us on a back lane tour through Sharlston, Old Sharlston, Streethouse, Old Snydale and Normanton where he got onto the M62 and headed for Bradford. We were dropped off right outside  St George’s Hall with plenty of time to spare.

After the show there was more entertainment including Roy’s trip to the ladies’ toilets and our confusion with the lights; were they Christmas, no Diwali? While the “usherettes|” were gently shepherding us to the doors, so they could lock up and go home, one of our group  asked if they could sort us out with tea and biscuits while we waited for our coach. Then there was Thelma’s fur coat.

It was a hugely enjoyable evening and of course none of this would have happened without the great job done by our organiser, Margaret Walker

Here are most of the ukulele orchestra of Great Britain members who appeared at Bradford, on one of their many Zoom sesssions published during lockdown